Back to List
This Idea is hidden. Change Visibility
Use Idea Owner in action items
(D20026) 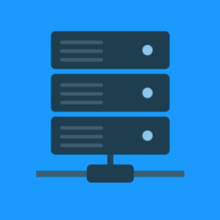 sometimes, it would be nice, to assign action items to the owner instead of just the submitter or an assigned person per step

it's essentially the same as this idea

No evaluations ready
Recorded Outcomes
Record an Outcome
Thank you for voting on this idea. Your vote has been successfully submitted
Are you sure you want to remove this attachment?
Please provide a reason for changing the status.
You have selected to replace the comment with a default message. This will remove reputation points associated to this comment. Replies to comments are not affected. Action is reversible. Click "Continue" to confirm.
Please enter a description of the abuse:
This will permanently unpin this Admin Comment and any replies.
The following files exceed the allowed file size of MB:
The following files exceed the total attachment quota of MB:
You are about to delete the Outcome .
Deleting an Outcome cannot be undone.